Dr. Miguel Busquets makes a difference each day as he treats his retina patients at AIO, Associates in Ophthalmology, in Pittsburgh, PA. AIO is a very busy practice with nine locations and 17 eye doctors. Dr. Busquets is a Puerto Rico native, who is the Director of the Division of Clinical Trials and Research, and has practiced at AIO for 20 years. http://aiovision.com 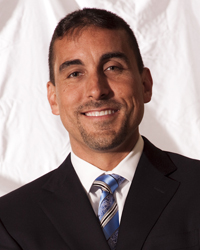 After Hurricanes Irma and Maria, Dr. Busquets spoke to his family members and former retina fellows, Drs. Alberto Guardiola and Gabriel Benitez, in Puerto Rico and they confirmed patients’ retina surgeries were rescheduled indefinitely since there was no electricity, water and very limited transportation available on the island. He decided to contact Rosanna Guernica, a student at Carnegie Mellon University (CMU) engaged in humanitarian airlift relief efforts for the island. Dr. Busquets and Ms. Guernica agreed to coordinate a process to identify qualified retinal patients in need of treatment and transport them to Pittsburgh for surgery at AIO.

Puerto Rico’s main television station, WAPA, contacted Dr. Busquets and asked him to come to the television station for an interview. He explained he was located in Pittsburgh, PA; however, his cousin, who is a Plastic Surgeon, might be available for an interview. His cousin was in agreement to be interviewed after a quick primer in retina disease. At the end of the WAPA interview, Dr. Busquets mobile number was provided for retina patients whose surgery had been postponed due to Hurricanes Irma and Maria. Immediately, Dr. Busquets’ mobile phone started ringing and by the end of that day, he had screened over two hundred patients to discuss their overall health, retina disease and see if they were surgical candidates. There were two patients that met the criteria to be transported to AIO for surgery. 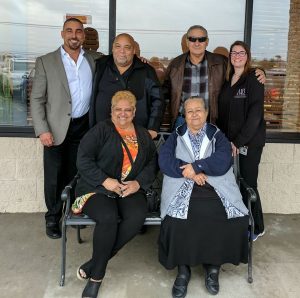 The retina patients were legally blind gentlemen in their 60’s, who presented with 20/400 vision due to advanced proliferative diabetic retinopathy. Surgery was performed for vitreous hemorrhages and tractional retinal detachments. The surgical procedures were a success and their post-op VA improved to 20/40 and 20/80, respectively. Fellow eyes were also treated in the office with laser photocoagulation and intravitreal anti-VEGF injections.

Life is full of surprises and in this case, good fortune. Lisa M. Cibik, MD, FACS, Director of Cataract Services, at AIO, performed cataract surgery on the retina patients’ spouses. She used the latest technology, including femtosecond laser, cataract surgical platform and advanced IOL’s. Both spouses’ surgical outcomes were successful. Because they were diabetic, they were also treated with laser photocoagulation and intravitreal anti-VEGF injections to stabilize their diabetic retinopathy. The ability to treat bilateral urgent, vision-threatening diabetic retinopathy in all four patients was extremely satisfying. 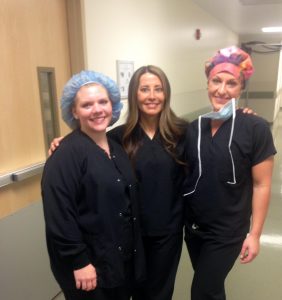 Interestingly enough, one of the patients, Mr. Angel Romero, was coincidentally the second cousin of Puerto Rican and Pittsburgh baseball legend, Roberto Clemente. It was extremely moving for him to have his vision restored in the city that held such special meaning to his family.

In this humanitarian effort, everyone was a winner… The retina patients and their spouses will have a better quality of life. Vision is key to longevity. Studies show patients may live longer since they can see. Drs. Busquets and Cibik, AIO staff, Ms. Guernica and everyone involved with these patients “made a difference”.

Dr. Miguel Busquets can be reached via e-mail at mbusquets@aiovision.com

Miguel A. Busquets, MD, FACS, is a board-certified, fellowship-trained vitreo-retinal surgeon. Dr. Busquets received his undergraduate degree from Harvard University, where he graduated magna cum laude, and his medical degree from Duke University School of Medicine in Durham, North Carolina. He completed his residency in ophthalmology at Washington University School of Medicine in St. Louis, Missouri. He also completed a vitreo-retinal fellowship at the school’s Barnes Retina Institute. During his training he received the Rosenbaum Research Award for best ophthalmological research by a resident, as well as the Retina Research Foundation Joseph M. and Eula C. Lawrence Grant, which was awarded by the Association for Research in Vision and Ophthalmology (ARVO).

Dr. Busquets is Director of the Division of Research and Clinical Trials at AIO. He is actively involved in groundbreaking research relating to retinal diseases, such as age-related macular degeneration and the management of diabetic macular edema. He is a principal investigator for several national multicenter clinical trials. Dr. Busquets also serves as Director of the Vitreo-Retinal Fellowship Program. This is a two-year fellowship that offers comprehensive subspecialty training in the surgical and medical management of vitreo-retinal diseases.

Dr. Busquets is a fellow of the American Academy of Ophthalmology and American College of Surgeons, and is a member of the American Society of Retina Specialists and the Association for Research in Vision and Ophthalmology, among other professional organizations. He is the author of numerous publications in this field and lectures on these topics at national and international conferences.

Lisa Marie Cibik, MD, FACS, is a board-certified surgeon and serves as Director of Cataract Services at Associates in Ophthalmology. She limits her practice to cataract and lens replacement surgery. Dr. Cibik is recognized as one of the most experienced cataract surgeons in the United States. Always at the forefront of cataract surgery, she was among the first surgeons in the country to use multifocal intraocular lenses and the femtosecond laser for cataract surgery. In 2012, she performed the first LenSx laser cataract procedure in Western Pennsylvania.

A native of Southwestern Pennsylvania, Dr. Cibik conducted her undergraduate studies at the Johns Hopkins University, where she graduated with distinction. She received her medical degree at the University of Pittsburgh, School of Medicine. Dr. Cibik completed her internship in internal medicine at the Western Pennsylvania Hospital and her ophthalmology residency at Case Western Reserve University Hospitals.

Dr. Cibik is dedicated to the advancement of her field. She has been the invited principal investigator on clinical research trials for new ophthalmic medications and devices. Dr. Cibik lectures nationally on cataract surgery techniques and technology. She is a member of several distinguished organizations, including the American Academy of Ophthalmology, the American Society of Cataract and Refractive Surgeons, the International Society of Refractive Surgery, and the American Medical Association.

In 2013, Dr. Cibik’s commitment to vision care led her on a voluntary mission trip to remote villages in India, where she served with a medical team who saw 600-700 patients per day.

An advocate for her community, Dr. Cibik dedicates her time outside the operating room to Western Pennsylvania philanthropy. She supports many nonprofit organizations, civic ventures, and cultural and performing arts agencies. Currently, Dr. Cibik serves on the boards of Audia Caring Heritage Foundation and the Pittsburgh Opera.

Dr. Cibik’s personal interests range from travel and home decorating to vintage fashion and reading. She enjoys spending time with her beloved poodles, Oscar and Louis. She and her daughter, Alexandra, are avid exercisers, and in 2008 they successfully climbed Mt. Kilimanjaro together.