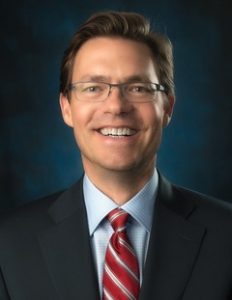 VBS Live Surgery moderators included Drs. Steve Charles, Jorge Fortun, Geeta Lalwani and Mitul Mehta. They asked Dr. Eifrig about NGENUITY and if he used it for all his surgical cases. Dr. Eifrig said, “Yes, I do use NGENUITY for all of my cases at the Surgical Center of Saddleback and do miss it when operating at other centers and/or hospitals.” 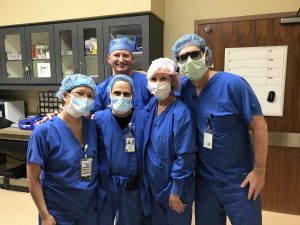 RetinaLink is privileged to feature both of Dr. Eifrig’s VBS surgical patients.

Patient 1 – Video can be accessed via RetinaLink’s Surgical Videos:
64 yo female with chronic and large macular hole left eye

This video is on RetinaLink’s Surgical Videos.

Pre-Op: Decided to inject TRIESENCE®(triamcinolone acetonide) prior to vitrectomy and membrane peel.

Central Subfield thickness (CST) on OCT was 712 microns preoperatively and improved to 355 microns after surgery.

Patient also not requiring any anti-VEGF injections because currently no macular edema.

No tamponade was used; thus, no positioning.

Dr. Eifrig can be reached via e-mail – ceifrig@yahoo.com